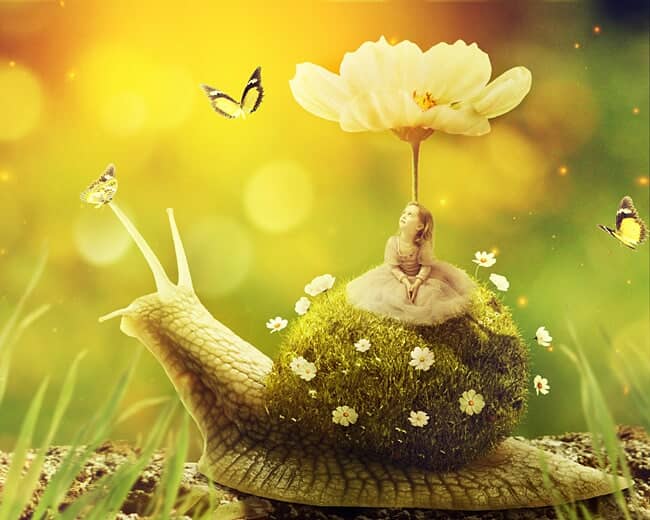 In this tutorial I'll show you how to create a fantasy scene featuring a little girl riding a snail. You'll learn how to combine different stock photos and textures using a range of photo manipulation techniques. You'll learn also how to work with group, enhance lighting, create depth of field and more.

We'll start this tutorial by adding a blurry background and cleaning it using some basic Photoshop tools. Then we'll add a snail and make its grassy shell using a meadow image. Later we'll add a child, flowers, butterflies, grass blades and blend them using adjustment layers, masking and brush. After that we'll use a light and bokeh texture to enhance the atmosphere. Finally we'll use some adjustment layers to finish this tutorial. I recommend you to use Photoshop CS5 or newer to follow this tutorial properly.

Open the background image. We need to remove the plant on the rock so I made a new layer and actived the Clone Tool (S). Use this tool to clone over the plant:

Press Cmd/Ctrl+Option/Alt+Shift+E to merge the background and clone layers into a new one. Drag the merged layer into our white canvas using the Move Tool (V):

I used a Curves adjustment layer to darken the background:

On this Curves layer mask, active the Brush Tool (B). Use a basic, soft brush with black color to erase the bokeh part to leave the dark effect only visible on the rock:

Add the snail image to our main document and remove its white background using a layer mask:

Make a new layer under the snail one and use a soft black brush with the opacity about 40% to paint his shadow under the body:

I aim to make the light source from the left and above of the snail so he should have a shadow behind. To do it make a new layer under the shadow 1 one. Hold down the Cmd/Ctrl and click the mask thumbnail of the snail layer to load its selection:

Fill this layer with black (Shift+F5) and convert it to a Smart Object. Flip this shadow vertically (Edit > Transform > Flip Vertical), then lower the opacity to 60%:

To soften the shadow, go to Filter > Blur > Gaussian Blur and set the radius to 6 px:

I used Color Balance to match the snail color with the background:

I used Curves to darken the snail:

On this layer mask use a soft black brush to erase the back of the snail and create a nice contrast on his body:

Active the Burn Tool (O) with Midtone Ranges, Exposure about 10-15% to darken the lowest edge of the snail body. You can see how I did it with Normal mode and the result with Overlay mode: 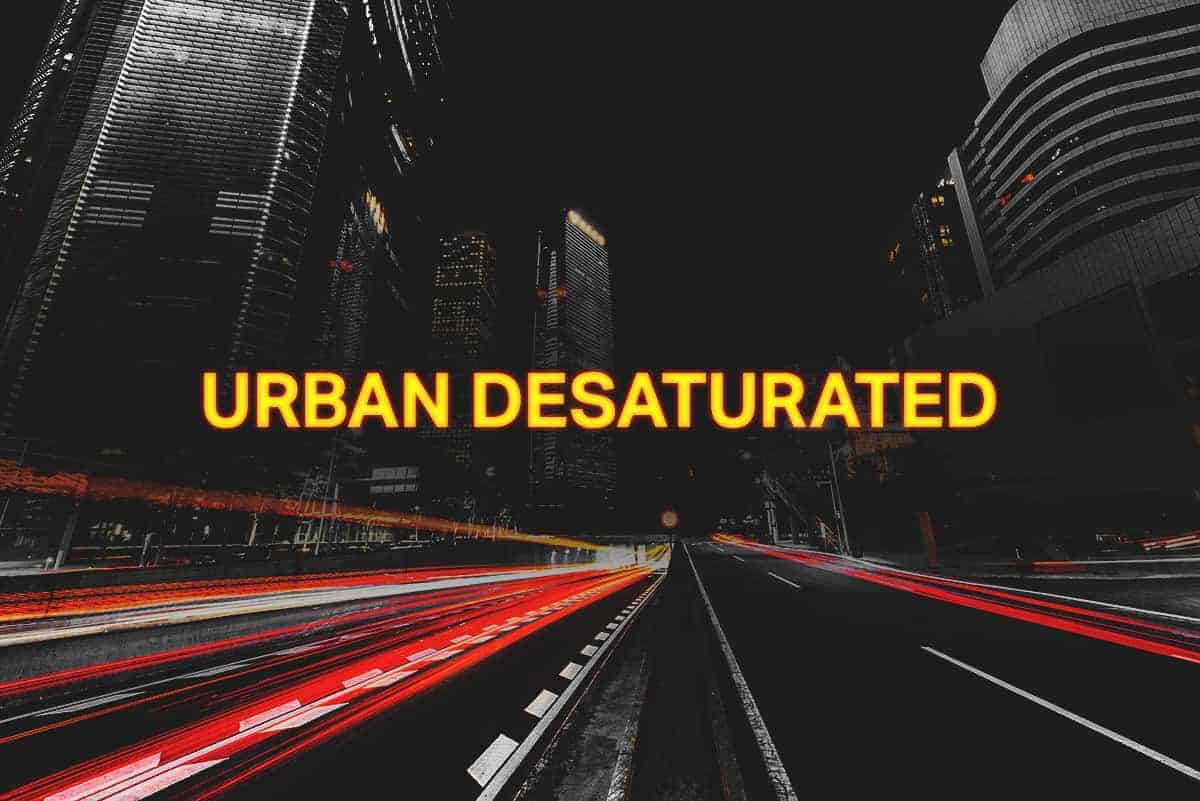 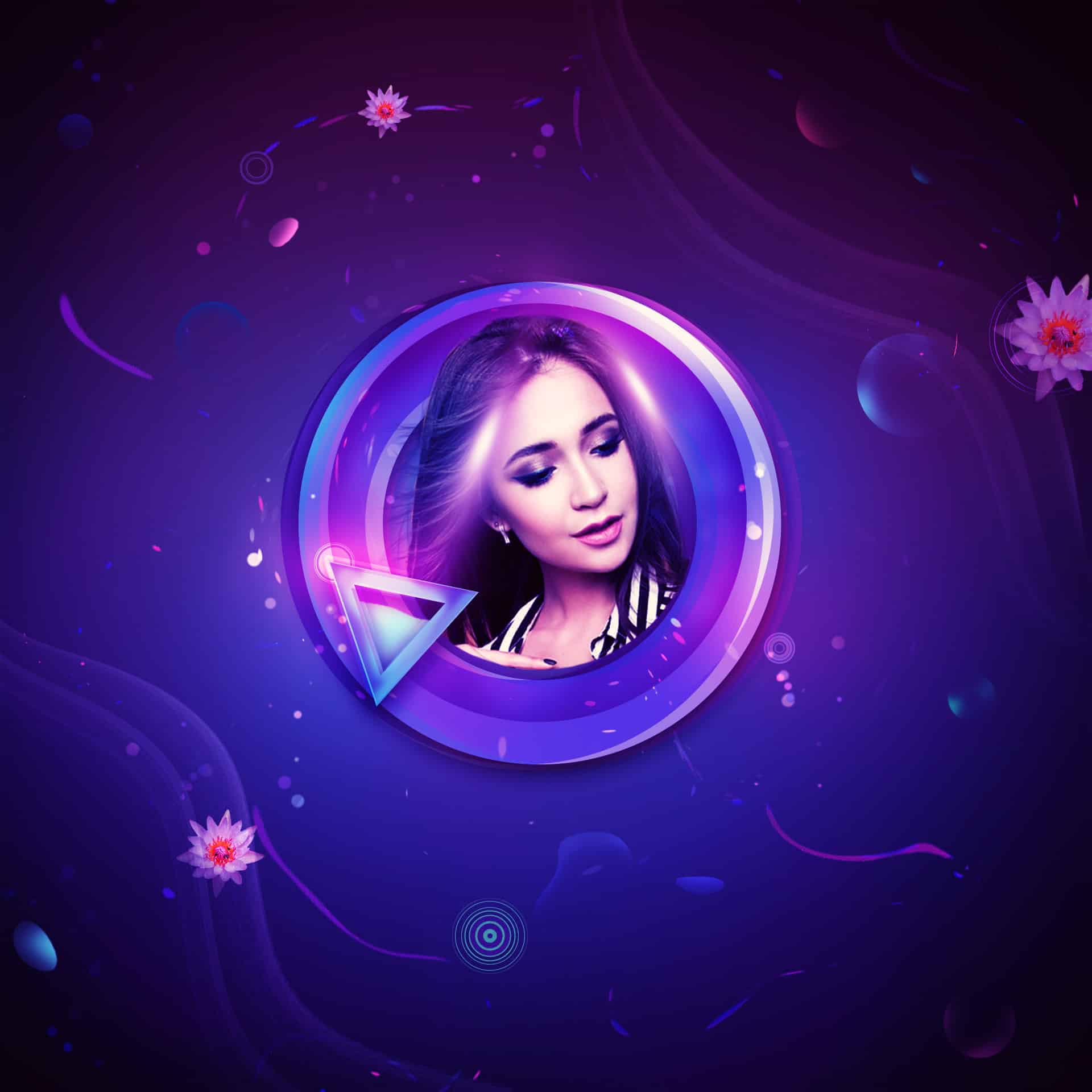 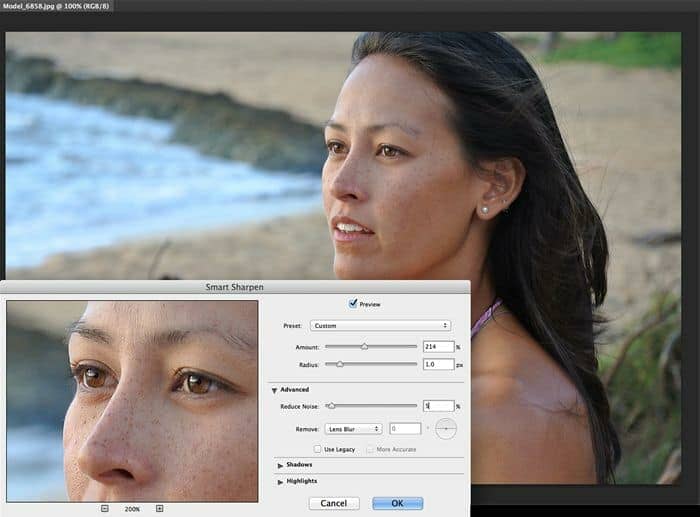 Photoshop CC New Features: Is it Worth the Switch? 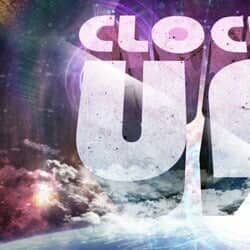