In this quick step you'll make city little bit darker. Add new adjustment layer Curves above the layer CITY 1 and set it as on the following image.

Download Meteor brushes listed in the beginning of the tutorial and install them into Photoshop. Create a new layer on the top of all layers and name it METEORS. Grab the Brush Tool (B) and pick meteor brush from the set of brushes you’ve just installed. Let me give you three tips to make the meteors realistic looking:

On the following picture you can get the inspiration where you should paint the meteors.

In this step you'll start creating more interesting lights and shadows to create more dramatic atmosphere. You'll continue with this process in some of the following steps. Add new empty layer on the top of all layers and name it e.g. LIGHTS 1. Grab the Paint Bucket Tool (G). Pick mid grey color (#808080) and fill the layer with it. To blend it well with the rest of the image change its Blending Mode from Normal to Overlay.

Grab the Brush Tool (B), select some soft round brush and lower its Opacity on 15%. Pick white color and start painting over the areas which should be lighter:

After you're done pick black color and darken bottom part of the image and top left corner to make the image more balanced looking.  If you're not sure where to paint look at the picture below for inspiration.

In this and some of the following steps you'll focus on color adjustments. Let's start with adding gentle vignette. I really like adding vignette to my pictures because it's a great way how you can lead viewer's eye in the center of the image. Grab the Elliptical Marquee Tool (M) and select center of the image.

Now you want to make the selection smoother. To do that you need to feather it. Go to Select > Modify > Feather... (path may differ in different versions of Photoshop, this one is for CS6) or press Shift+F6 to activate the Feather Selection window. As Feather Radius set about 40pixels and press OK.

Go to Selection > Inverse or press Ctrl+Shift+I to invert the selection you created. With the mask active add new adjustment layer Curves on the top of all layers and set it as on the following picture.

Because of the active mask the adjustment layer makes only the edges of the picture darker and the center remains same as before.

When I was creating this photo manipulation I had some big, polluted city from the future in my mind. For me this mood can be captured by adding red tones to do the image and by darkening it. You'll do both in this step. First add new adjustment layer Curves on the top of all layers and set them as on the following image. This way you add red tones to shadows of your image and cyan tones to highlights. 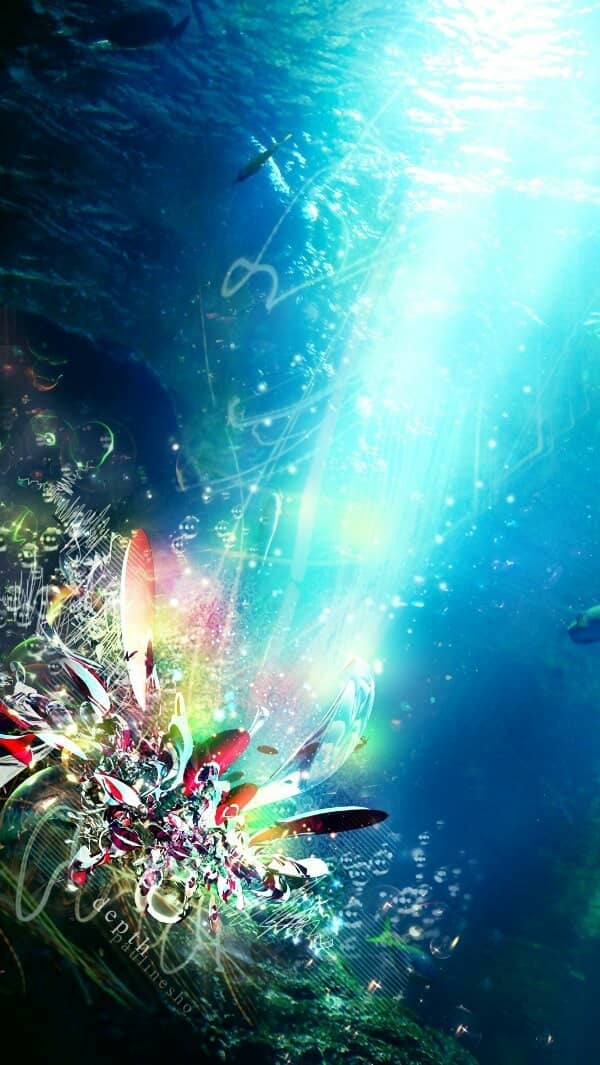 How to Create an Underwater Abstract Art in Photoshop 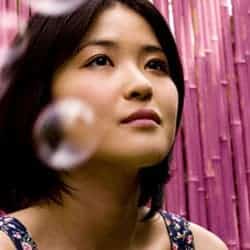 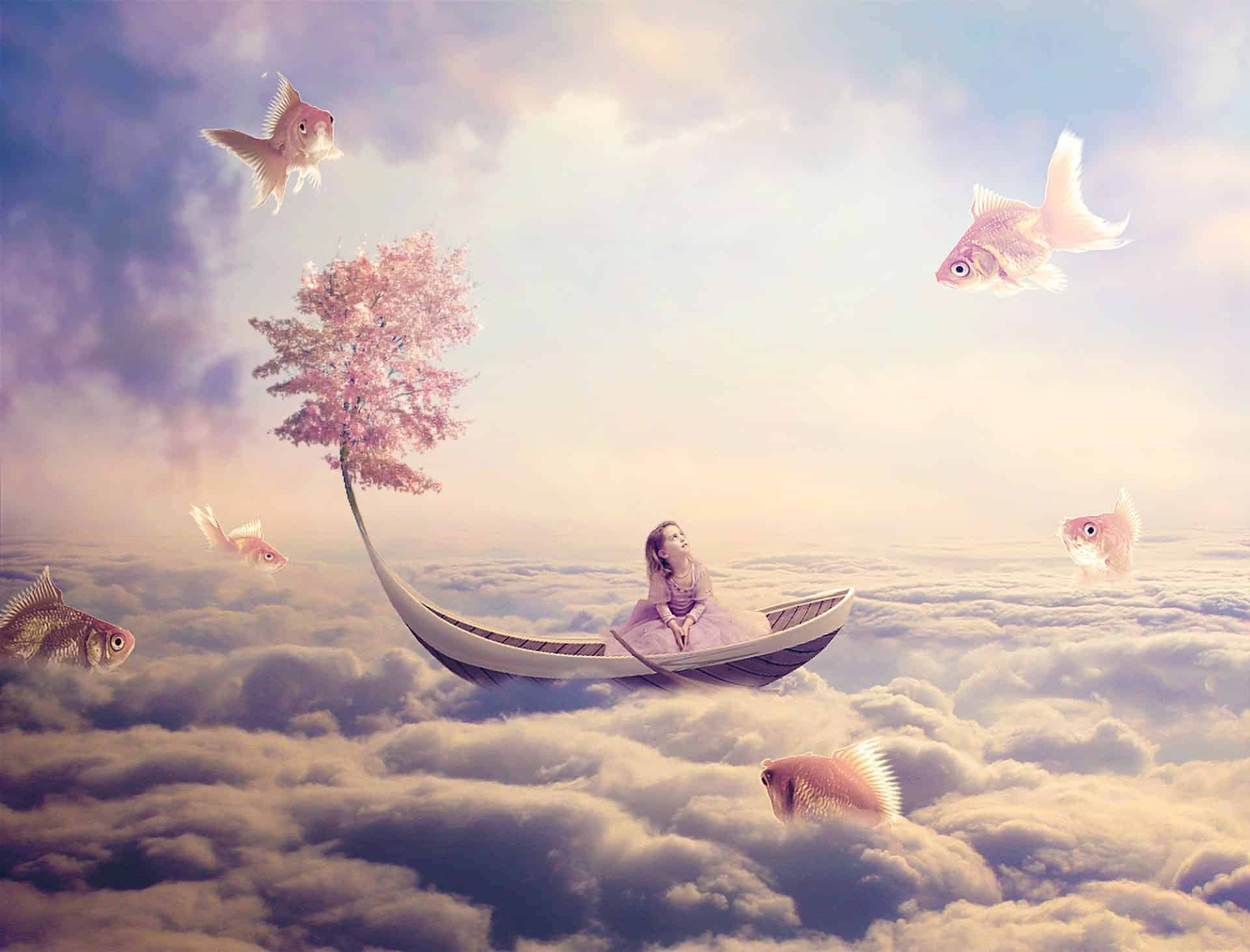 Create a Fantasy Fish Scene above the Sky 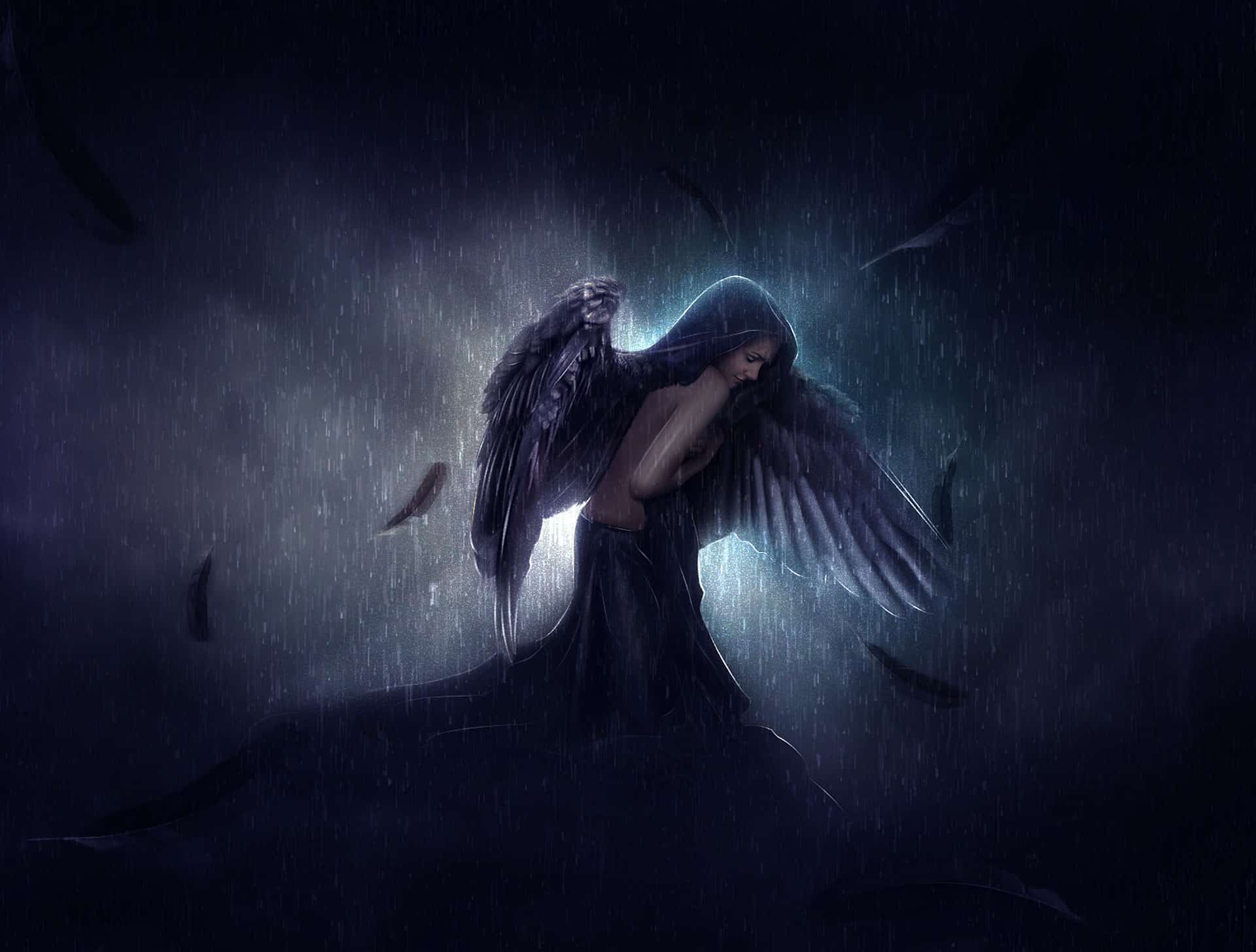