In this tutorial I’ll show you how I created my Invasion movie poster in Photoshop. For quite some time now I wanted to create an action-movie poster tutorial and I thought this would be the best time to do so. It is a lengthy tutorial and I have worked a few days on this tutorial so I really hope some of you find it useful! Continue reading to see the final image and learn how you can create a movie poster from just a few images! Open up Photoshop and create a new Document of 2270×3450 and click OK. Open the Cloud image and scale it down (Ctrl + T) so that it fits the canvas. Create a new layer and name it ‘Color_Gradient’ and set the Layer Mode to Color. Select the Gradient Tool (G) and set a grey-ish green color (#58686b) as the foreground color and a marine blue color (#394f61) as the background color. Drag the Gradient Tool (G) from the bottom left to the top right. 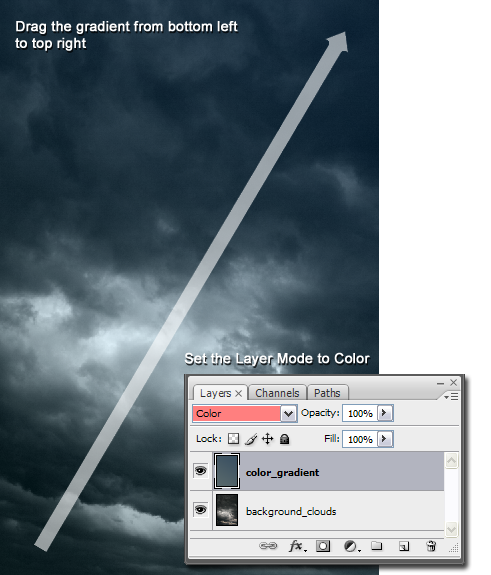 Create a new layer and name it ‘Billing_Block_Shadow’. Grab a Soft Round Brush of any size and start painting the bottom of the image black. Set the Opacity to 50%. 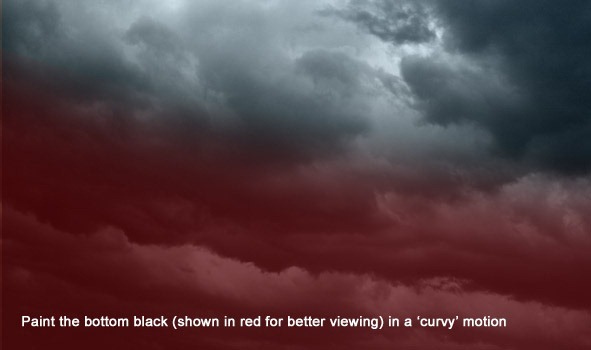 Now we are going to add a whole bunch of color correction layers. Create a new Group and name it ‘Color_Correction’, add a new Curves Adjustment Layer and go to the Red and Blue Channel and try to simulate the settings shown below. Leave the Green Channeluntouched. 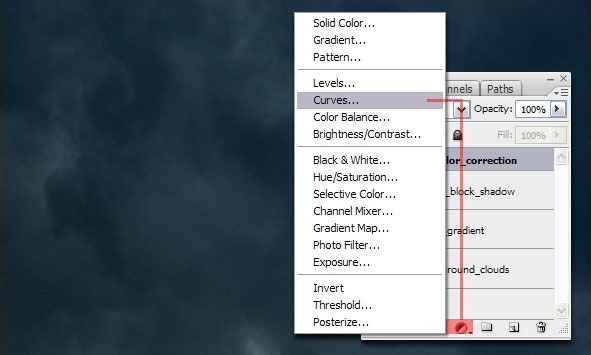 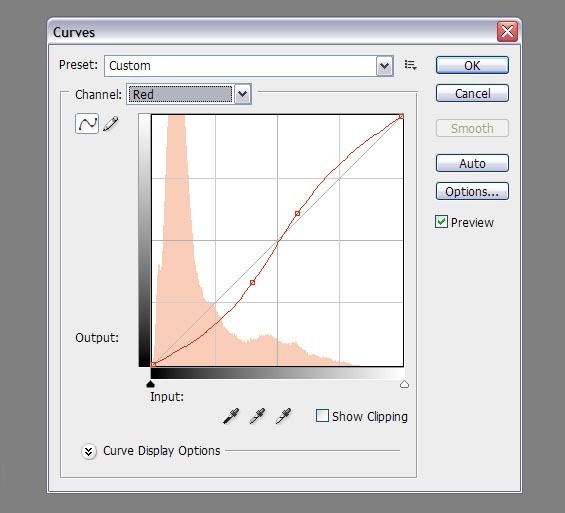 Add a Color Balance Adjustment Layer by clicking on the, as I’d like to call it ‘Yin-Yang’ button in the Layer Menu. By default, the Color Balance menu will open in the Midtones Channel. Set the Cyan color level to +60, Magenta to +4 and the Yellow Channel to +10. Go to the Highlights Channel and set the first level to -37, set the second channel to -3 and the third channel to +1. Drag this Adjustment Layer underneath the Curves Adjustment layer. 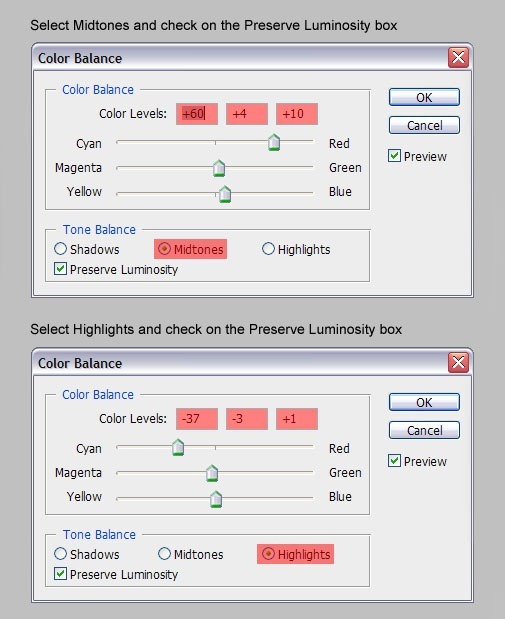 PLEASE NOTE! From this point on, everything we are going to be working on needs to be placed below the color correction group.

Download the image of the F-15 Fighter Jet, open it up in Photoshop and drag it into our composition. Scale and rotate the image just like the image shown below. 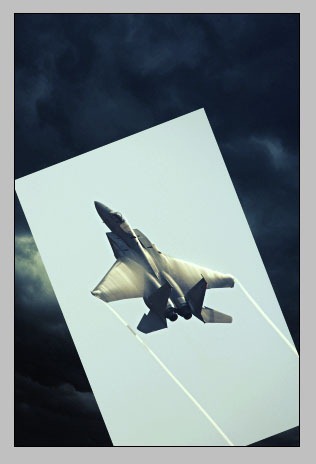 Because the aircraft has lots of curves and sharp corners, the best and fastest way to get rid of the sky is by using the Pen Tool (P). Try to get every detail of the aircraft including the smallest metal parts, it will look more realistic in your final design. When you’re done creating a path around the aircraft, right-click within the path and click on Make Selection…, click OK.

Once the path is turned into a selection, click on the Mask icon at the bottom of the Layer menu and you’ll see that the entire background is gone. 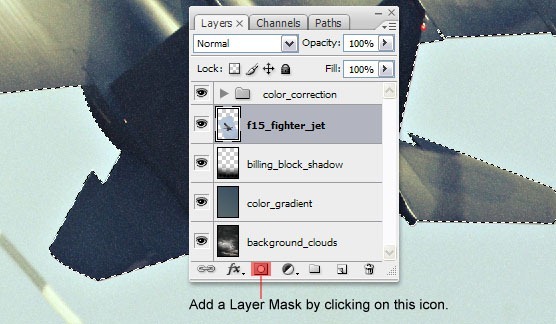 Repeat this step with the image of the MiG-22 Fighter Jet and place the image as shown below. Make sure you flip the image horizontally! For better organizing, create two new groups with the names of the aircraft layers and put the images in the corresponding groups. Back to the F15 Fighter Jet. Because I want to add some vapor trails we’ll need to create a copy of the masked layer, place it below the F15 and press Ctrl + U to bring up the Hue/Saturation menu. Set the Lightness to +100 and click OK. 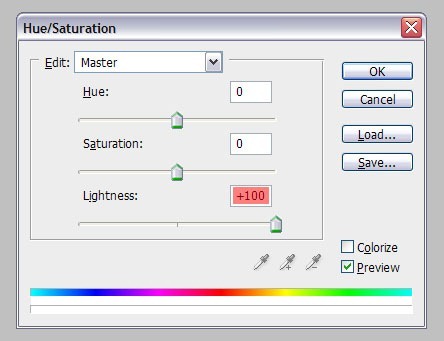 Go to Filter>Blur>Motion Blur, set the Angle to -52 and set the Distance to 999. 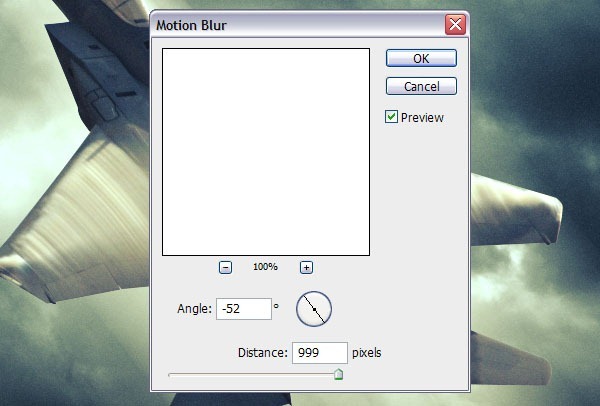 You can now rename this layer to ‘Vapor_trails’. The lines in this layer are too strong so I’m going to add a Gaussian Blur so it will soften up a bit. Select the layer thumbnail and go to Filter>Blur>Gaussian Blur and set the Radius to 15.