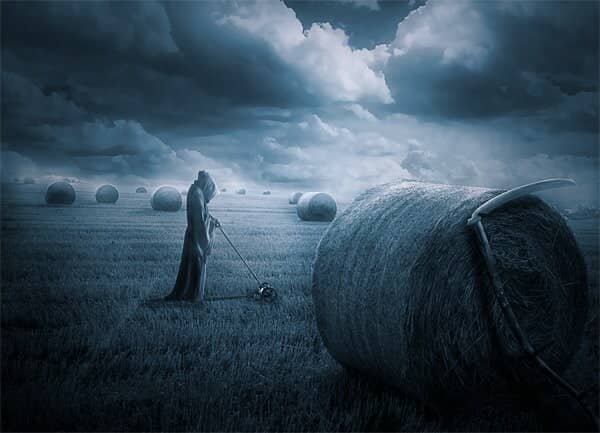 Set the brightness/contrast adjustment layer to one set below:

Create another layer with a clipping above the brightness/contrast layer within the grim folder. Set this new layer to linear light blending mode filled with neutral color of 50% gray.

On this new layer we will create some highlight to the grim image. So we can guess what we should do next. Take the dodge tool again and set the tool as the one in previous step 9. Start stroking the tool on some areas of the grim to give highlight. Take a look at the screenshot to guide us the parts where the highlight should be given. The parts are indicated with white arrows.

Again, create another new layer below the grim layer within the grim folder.

On this new layer, paint some shadow for the grim figure. Use a very soft round brush set to opacity of around 10-15% with size of the brush varied according to the areas covered. Stroke the areas around the lowest cloth of the grim.

We will add another stock image to the scene. Open the other grim image with a scythe. Cut out the scythe of the image.

Paint over the cut out to cover the unneeded part marked with red X in the screenshot. I simply create a new layer set to normal blending at 100% opacity above the cut out. On the new layer, I painted over the cut out. I used a very soft round brush set to opacity of around 15-20. I used the sample color taken on nearest color round the areas to be painted over.

Create a new layer with a clipping mask above the scythe layer within the scythe folder. Set this new layer to linear light blending mode and fill with neutral color of 50% gray. With dodge and burn tool, create some highlight and shadow for the scythe the same way as we created the one in previous step 9 and 16. The white arrows indicate areas where we should paint the highlight and the black ones are for the shadow.

In this step we will create casting shadow of the scythe. Select the scythe layer and go to layer > layer styles > drop shadow. Set the drop shadow style as the one below:

Here is the result..

Next select the drop shadow layer. Take the free transform tool (Ctrl+T). Rotate and move the layer to the position where needed to create the casting shadow.

Finally give the drop shadow layer a layer mask and mask the unneeded shadow.

20 comments on “The Grim Reapers Side Job” 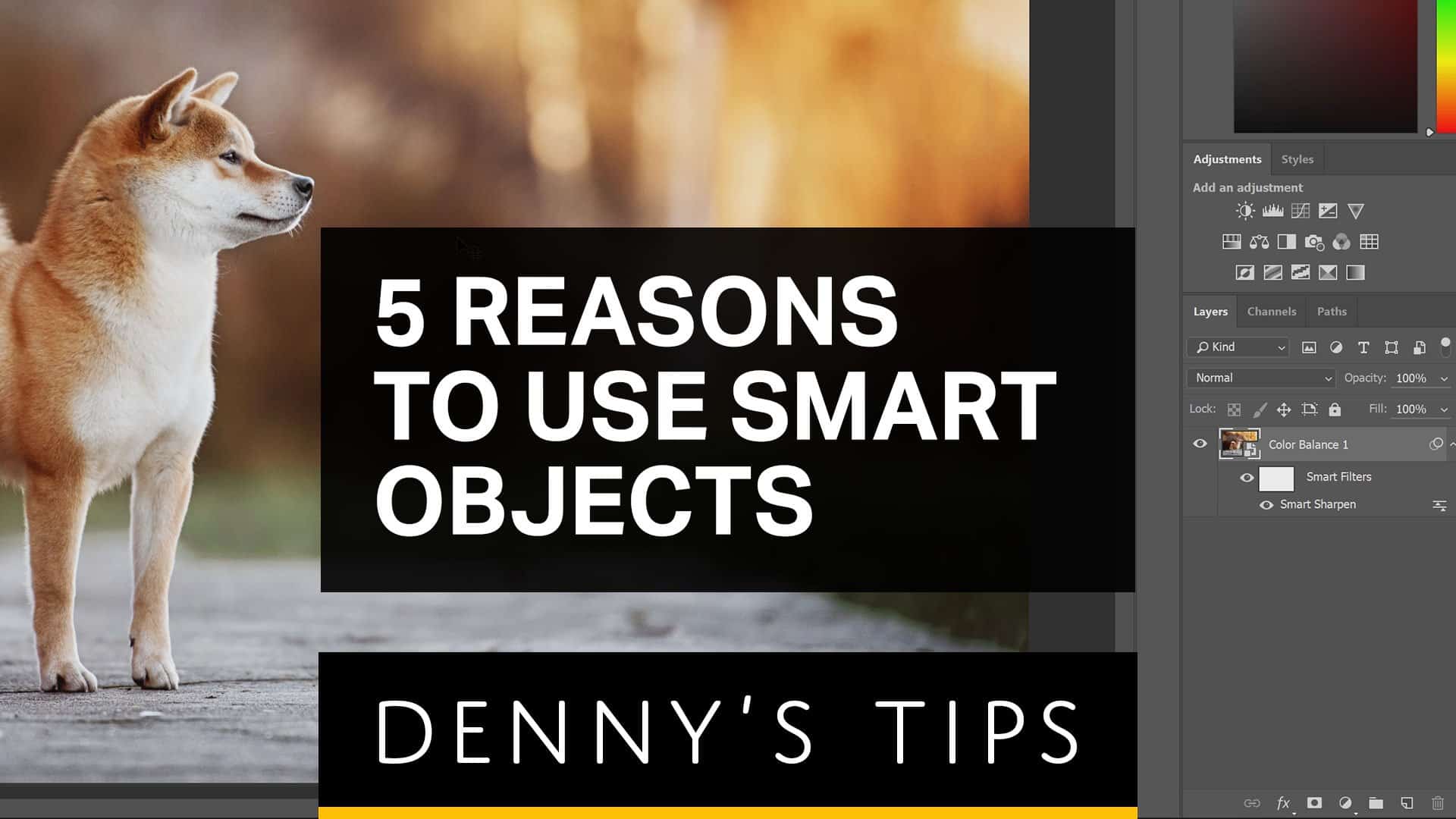 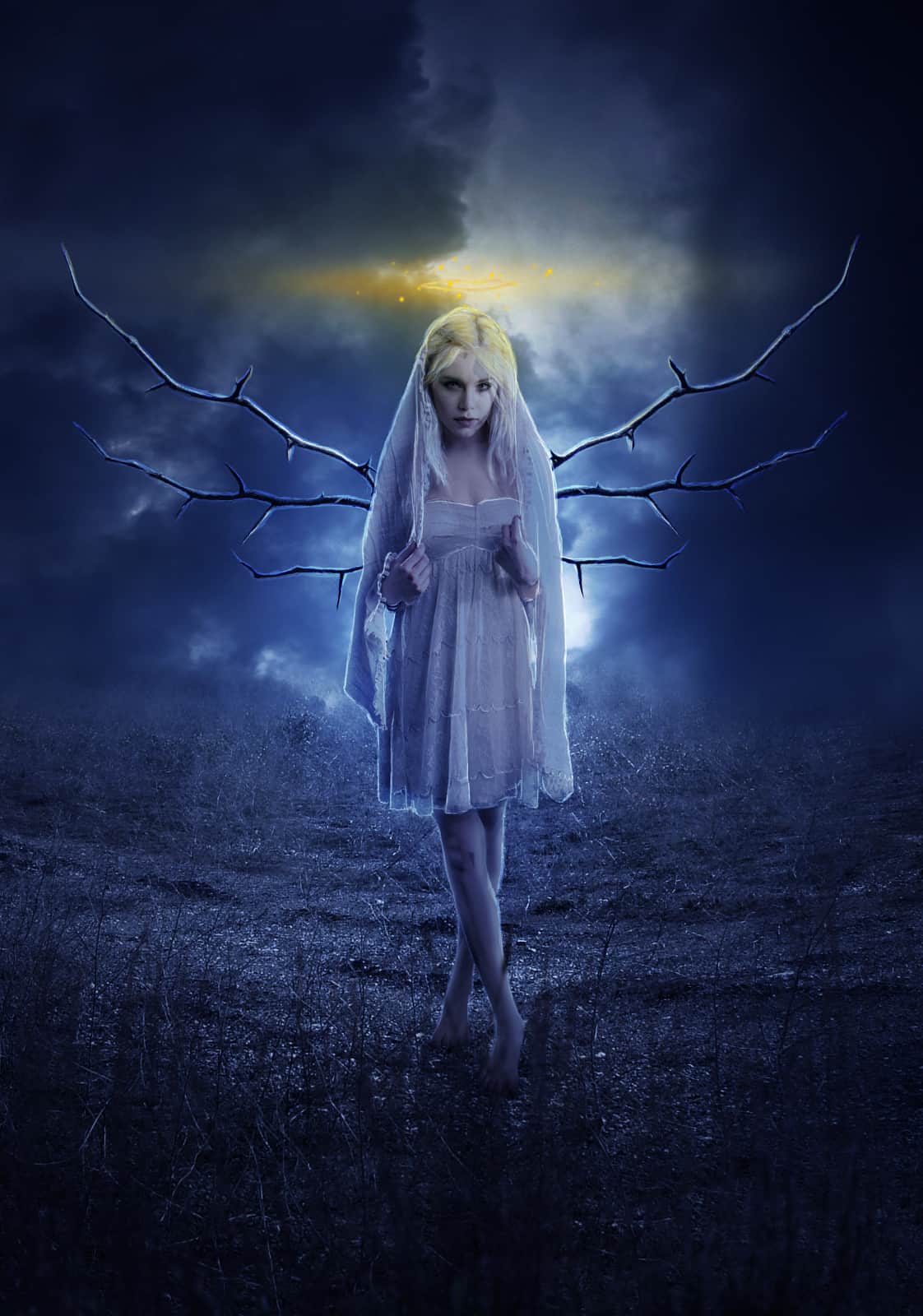 How to Create a Beautiful Moonlight Angel Photo Composite 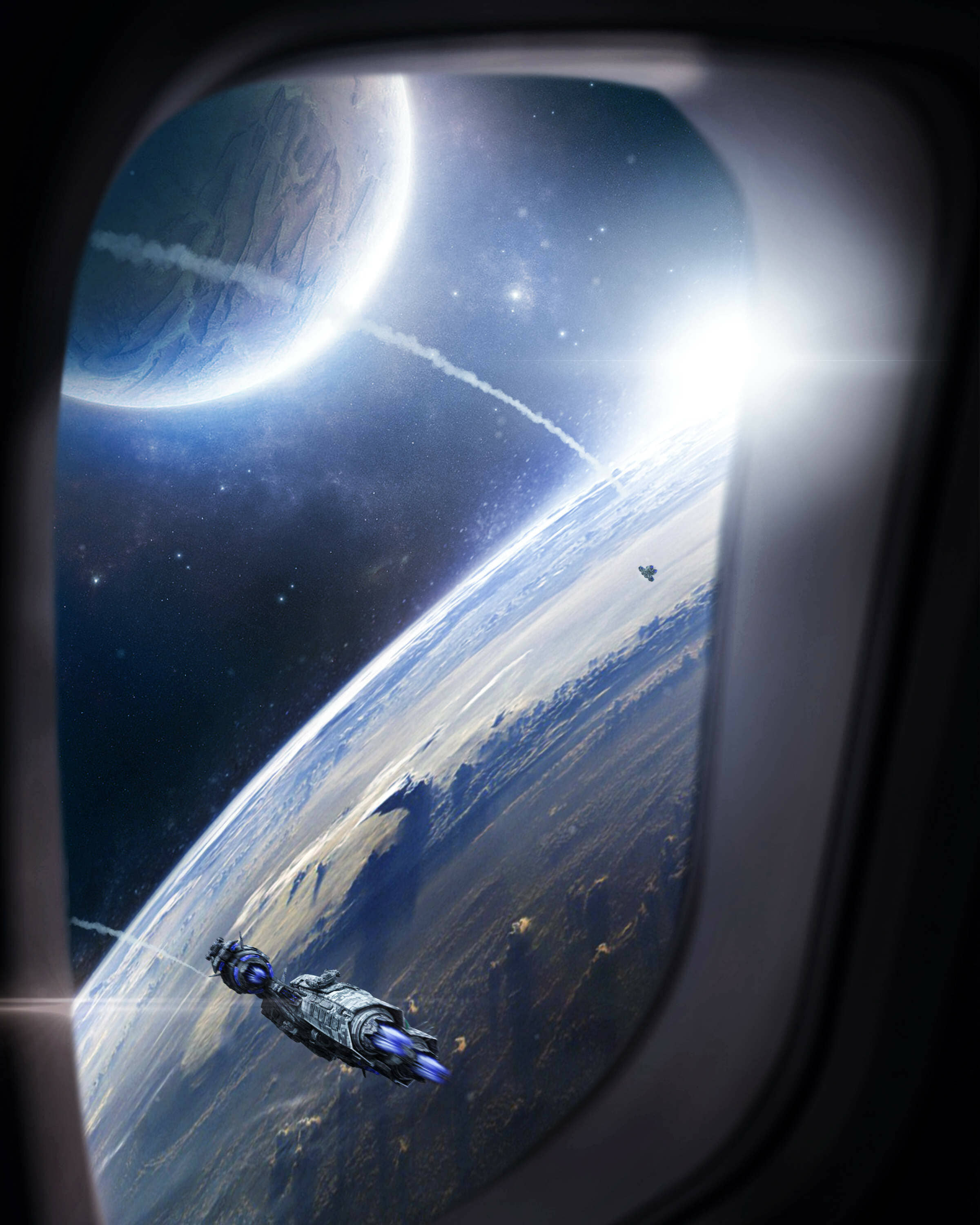 Above the Earth Photoshop Tutorial