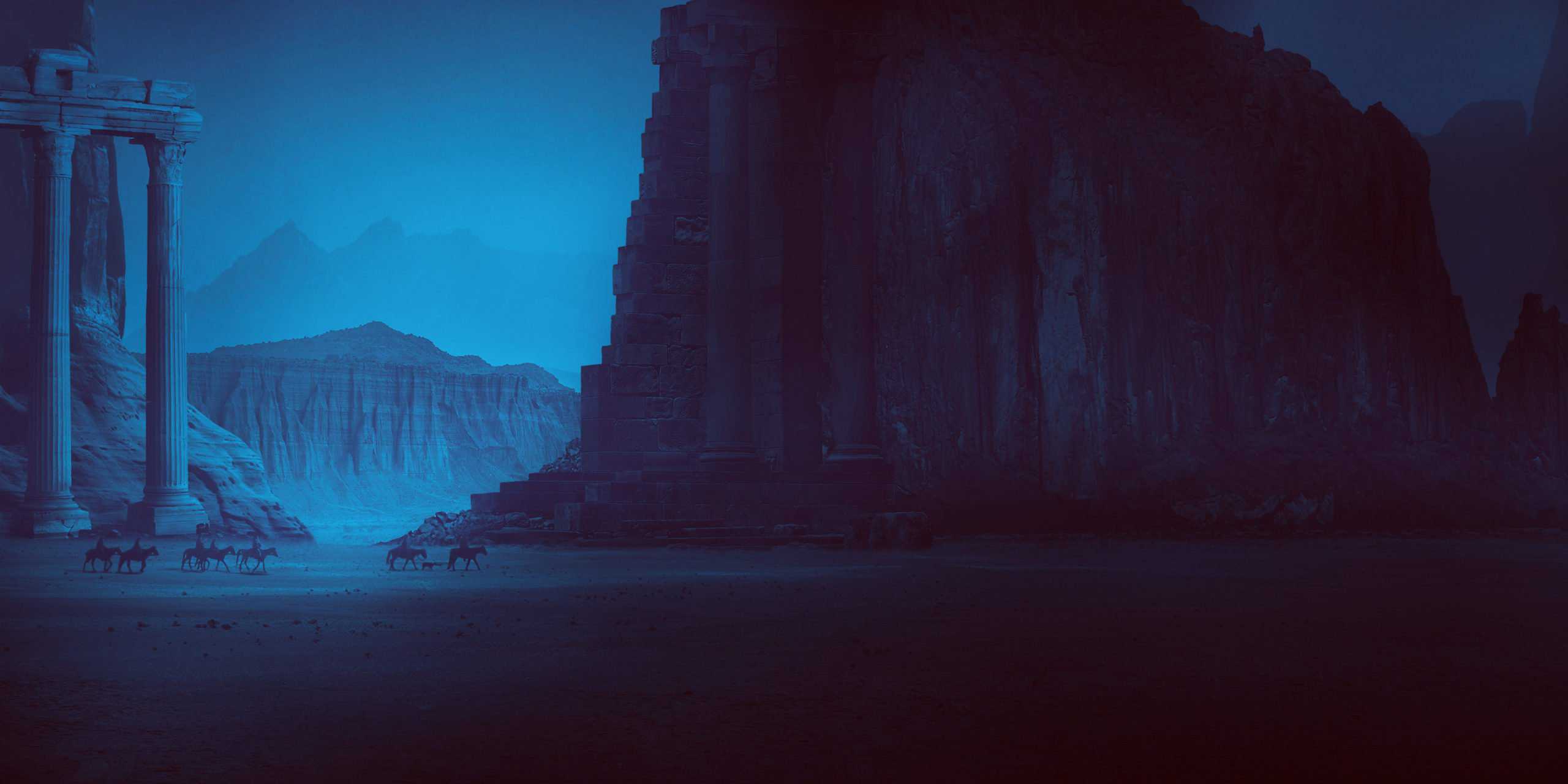 Add a mask to this layer and use a soft black brush to remove the sky and the ground, leaving the mountains visible only.

Create a Hue/Saturation adjustment layer and reduce the Saturation values to -88.

Open the rock 1 image and cut out the rock only to add to the right of the main canvas. Set this layer below the rock 2 one and use a layer mask to remove the part covering the ground.

Make a Hue/Saturation values and change the Saturation settings to -78:

Create a Curves adjustment layer and reduce the contrast and lightness until the details and texture of the rock disappeared completely to fit the misty background.

Open the rock 3 image and isolate it  to add to the left of the main canvas. Use a layer mask to remove the hard edges and blend the rock with the ground.

Make a Hue/Saturation adjustment layer and change the Saturation values to -82:

Add a Curves adjustment layer to increase the mist on the rock. On this layer mask, paint on the back side of the lower of the rock to keep some contrast there.

Open the ruin 1 image. As it has a transparent background so just use the Move Tool to drag it into our working document and place it in the left of the rock 2 one. Add a mask to this layer and use a medium-hard black brush to remove most of the rocky ground and blend the ruin with the existing ground.

Create a new layer and use a soft brush with the color #c09d77, the opacity about 30% to paint on some details of the ruin to lighten the shadow and reduce the contrast of the ruin.

Add a Hue/Saturation adjustment layer and reduce the Saturation values to -100:

Make a Curves adjustment layer to darken the ruin.

Create a new layer, change the mode to Overlay 100% and fill it with 50% gray. Activate the Dodge and Burn Tool (O) with Midtones Range, Exposure about 10% to refine the light and shadow on the ruin. You can see how I did it with Normal mode and the result with Overlay mode. 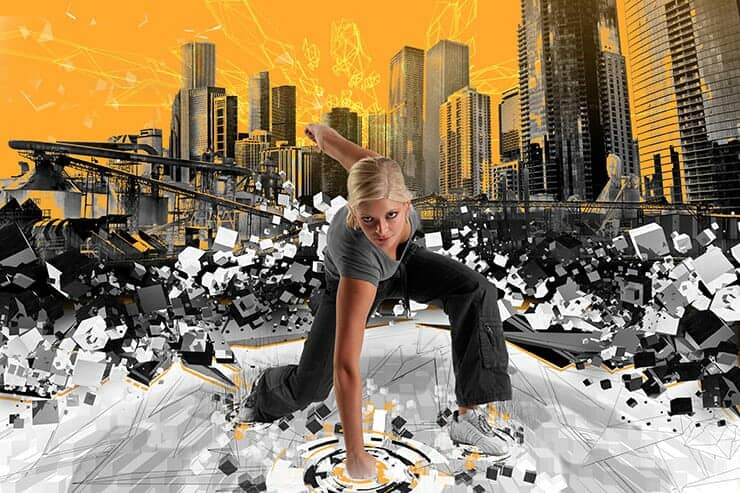 Create an Illusory World with Abstract Composition in Photoshop 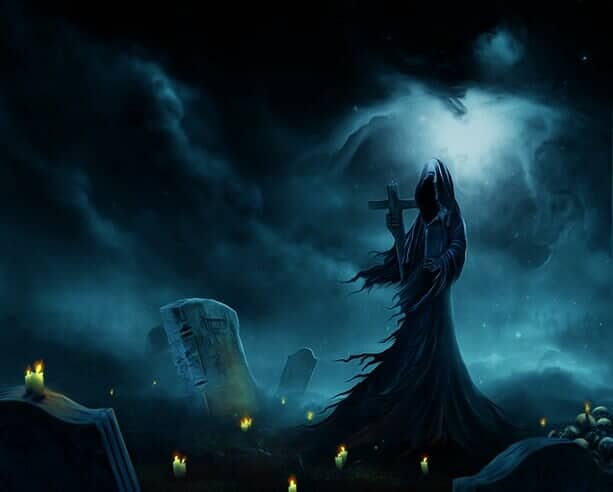 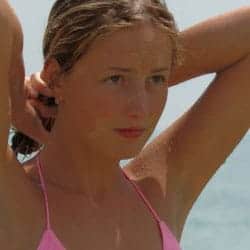 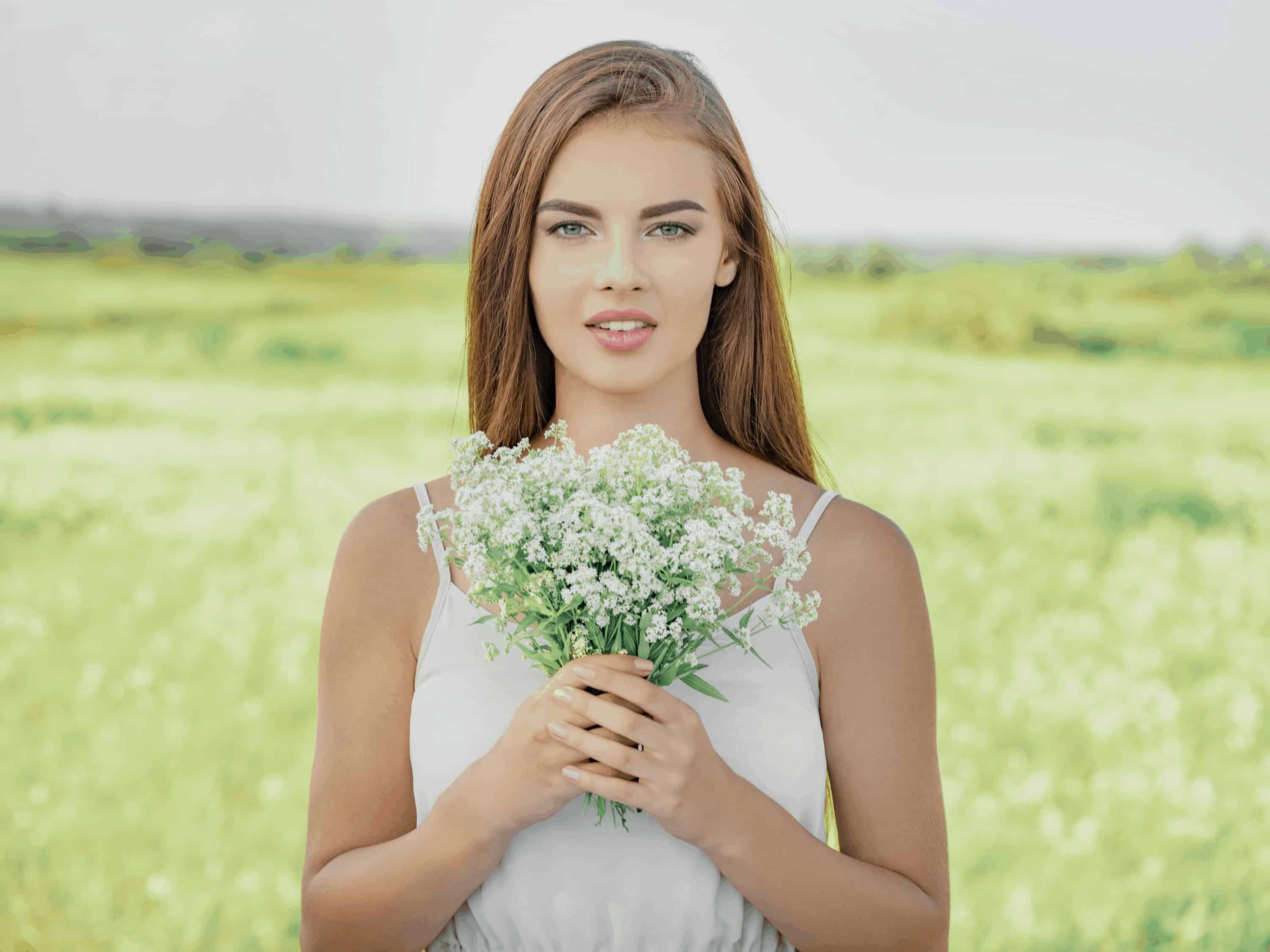 How to Create the Light & Airy Look in Photoshop