Open the image “Scary Fish”. Make a selection of the fish and copy/paste in our document. Place the fish near the bottom and lower the opacity to 38%.

I intend to put a light in front of the fish so we should make its head brighter. Create a couple of new layers and clip them to the fish layer. Change their blending modes to Overlay or Color Dodge and use the standard round soft brush at 10% opacity to paint on the indicated area of the fish.

The reason I am using multiple layers is for flexibility. I can create a new layer, paint a little and if I like the effect I’ll keep it. Later if for some reason it doesn't fit with the rest of the scene I can delete it.

Create a new Curves Adjustment Layer and clip it to the fish layer. Drag the curve down to darken the fish.

Create a new layer and select the standard round soft brush. Max the opacity to 100% and click once in the area indicated below to create a light.

Create a new layer and lower the opacity of the round soft brush to 10%. Make it 100px large and click once or twice over the light. Change the blending mode to Color Dodge. As you can see the Color Dodge work wonderfully for achieving glow effects. Lower the fill of the layer if the effect is too strong.

Open the image “Creature”. Select all and copy paste in our scene. Once you’ve put the creature as indicated below add a layer mask and partially hide the underwater area of the creature by painting in the layer with a brush at 40% Opacity with black.

As you can see I placed the creature to fit nicely over the shadow we created at step 11.

Create a new Curves Adjustment Layer and drag the curve down to darken. Clip it to the creature layer. Fill the layer mask with black and with a white brush at 50% Opacity paint over the underwater portion of the creature to reveal the effect there. 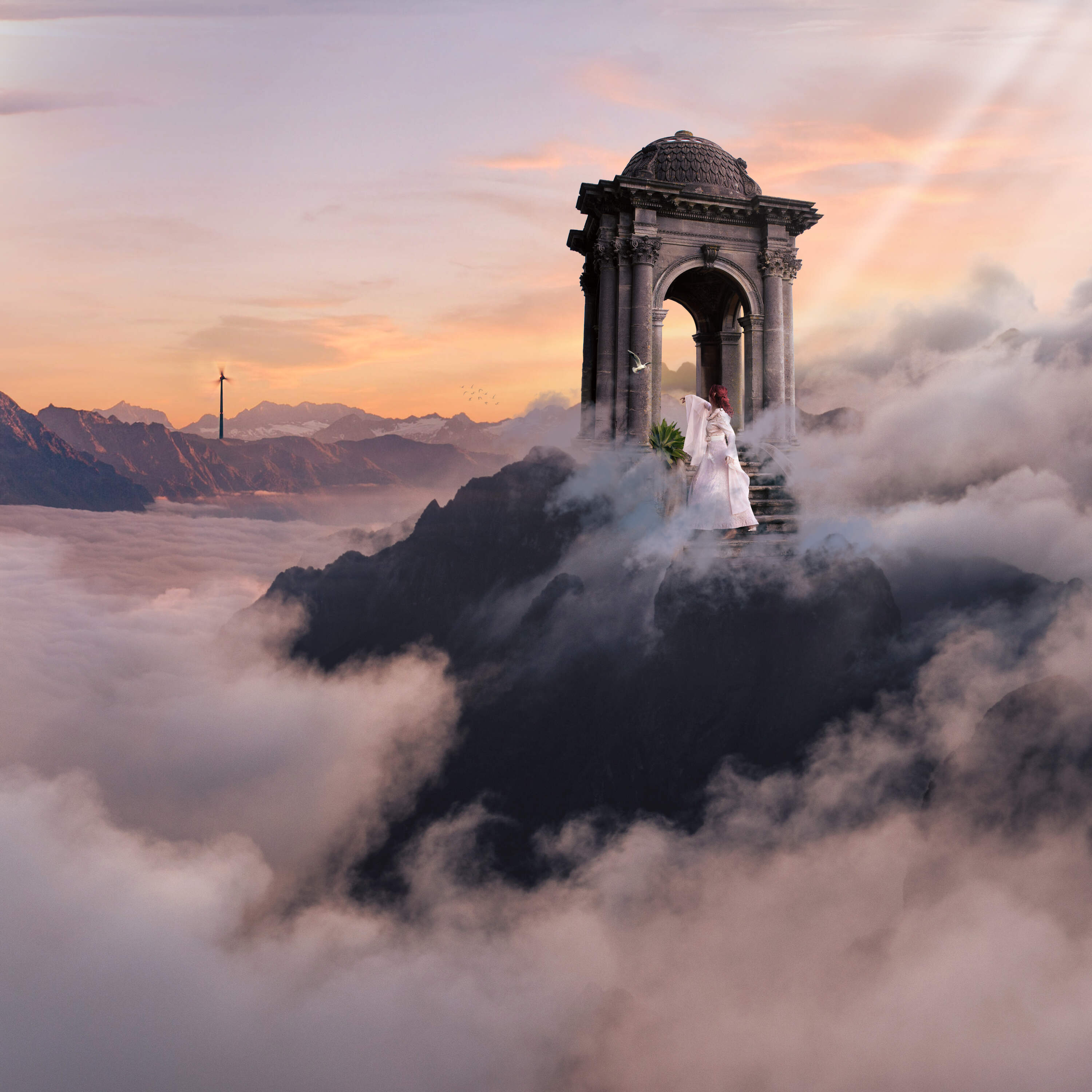 Create a Fantasy Place above the Clouds Photo Manipulation in Photoshop 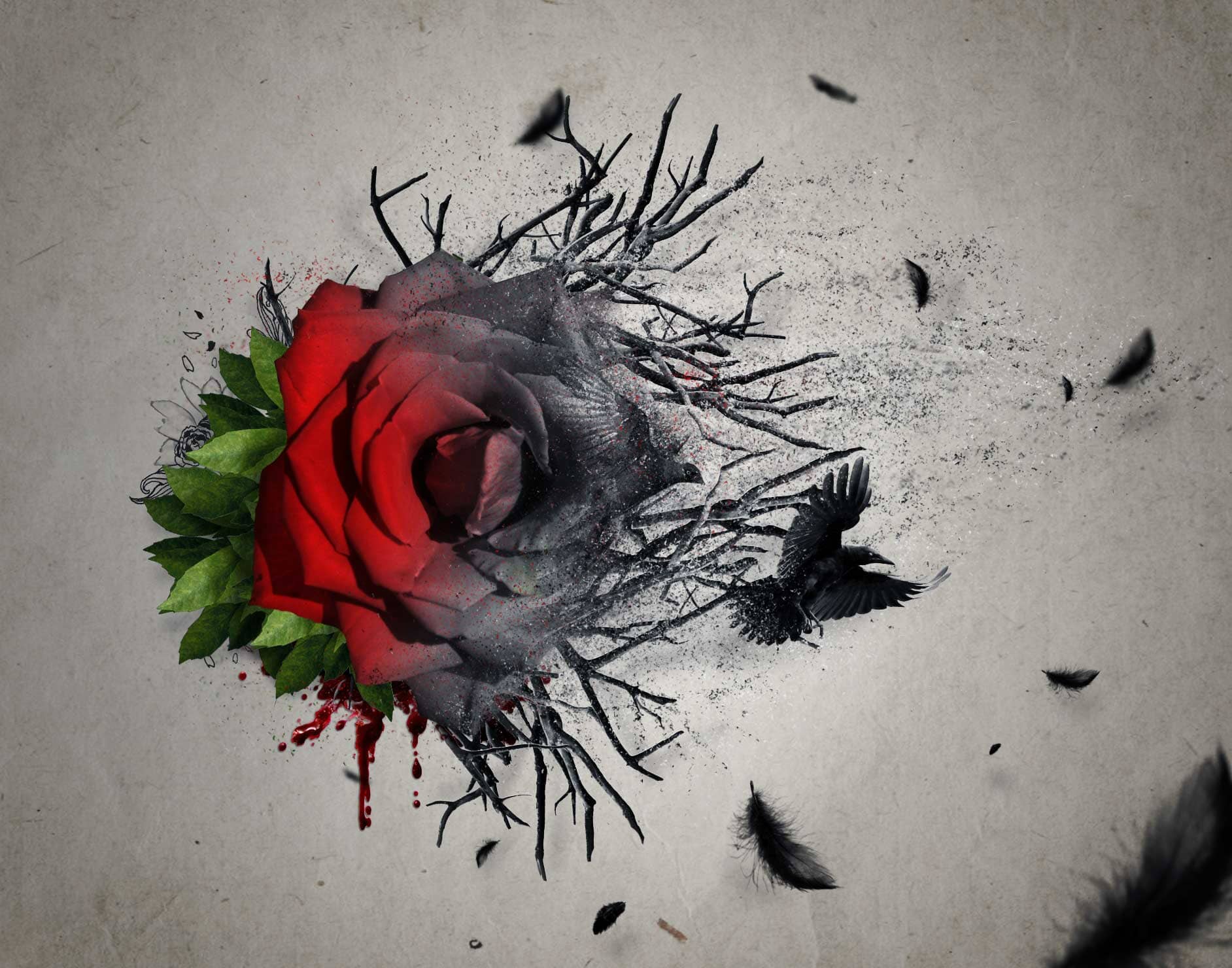 Create an Emotional Abstract Photo Manipulation of a Rose