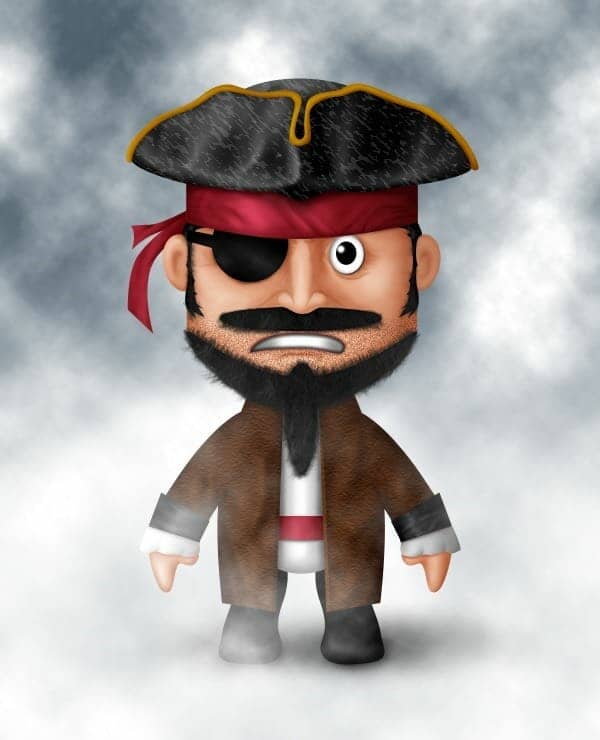 Photoshop is not only powerful on image editing or photo manipulations, but also very useful to produce image creations. Even from scratch, pure from your imaginations. We can take character design for example. When you design a character, you put your imaginations on your canvas. You can do it although you start from a blank canvas, and this tutorial will help you to see the process.

On this tutorial, you can draw a pirate character using Photoshop from blank page without any additional resources or stock images. You'll use shape layers, understand the highlight and shadow, paint using Brush Tool manually, it just need your patience. Use Adobe Photoshop CS3 or higher, let's jump in!

Create a new document. Then pick Rounded Rectangle Tool (U), set its radius to 40 px and its color to #ebbda1. Draw a rounded rectangle, this will be the face of the pirate. Holding down the shift key while creating rectangle constrains the rectangle to a square.

Then pick Pen Tool (P) and check the "Auto Add/Delete" option on the option bar. Go back to the rounded rectangle you've made and click on the center of its bottom side to add anchor point. While Pen Tool still active, hold the "Cmd/Ctrl" key to change it to Direct Selection Tool temporarily. Drag the new anchor point downward.

Release the "Cmd/Ctrl" and delete two anchor points near to it. The Pen Tool will be automatically converted to Delete Anchor Point Tool when you stick it on the anchor point.

To create ears, use Ellipse Tool (U). Hold down "Shift" key while drawing ellipse in order to be in one layer with the face. Then rotate and duplicate it.

Use Rectangle Tool (U) and set the color setting to #a42335 then draw a rectangle for Headband.

Add anchor point on the center of its bottom side and move it down.

With Pen Tool (P) draw the dangling part of the headband, place it behind the face's layer.

Using Ellipse Tool (U) create a white ellipse for the iris of left eye and black one for the pupil on the center. Group them and name it "Left Eye".

Draw black circle and small rectangle on the right side of the face to create eyes's cover.

Then create mouth with white color.

Add layer style for the left eye. First, add Drop Shadow with 120 degrees Angle, 1 px Distance and Size. Then add Inner Shadow with same Angle and Distance, but give 5 px for the Size. And use Brush Tool (B) to create a highlight on a new layer above the pupil, with white color and soft round brush tip shape.

Also add layer style for the mouth. On Inner Shadow option, set the Choke to 30%. And for Outer Glow, use #5e0000 color.

Create a horizontal longish ellipse as shown on the image below. Then drag both of the center anchor points downward. After that, draw a vertical longish ellipse. You can see the following image for reference.

Draw an ellipse again for the mustache. Add two anchor poits on the top side and drag the anchor point on the center of top side downward.

How to Create a Surreal Elephant Photo Manipulation with Adobe Photoshop 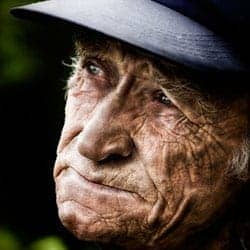 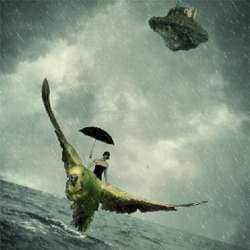 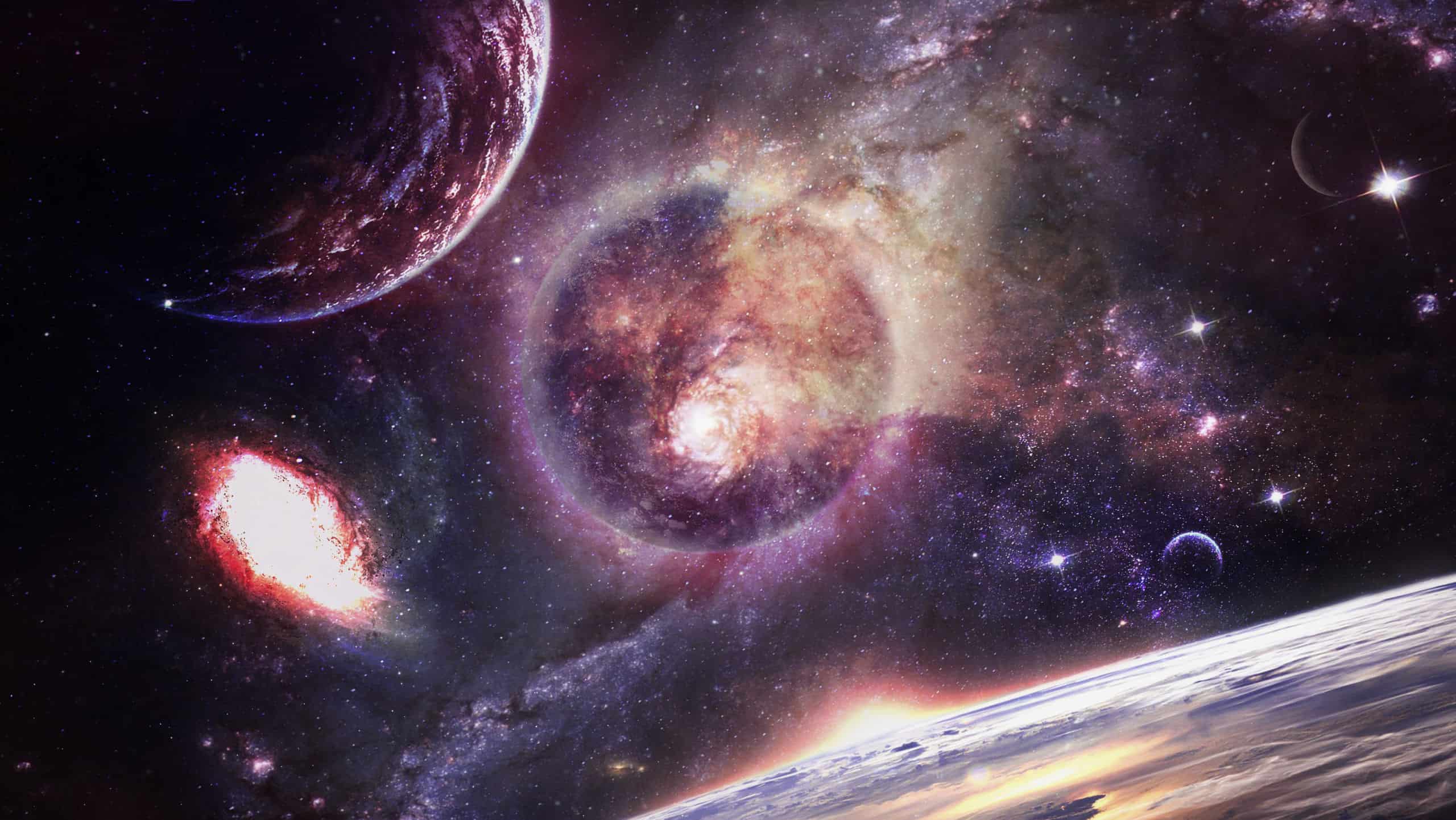