Bruno Nunes is a graphic designer born in Curitiba, Brazil. He has worked in advertising agencies and in photographic studios along with well known professionals who helped him not only develop his sense of criticism but also perfect his images. Let us know about him more in this interview. So, read on and enjoy!

Could you start by giving us a quick introduction to who you are and what it is that you do?

My name is Bruno, I'm a graphic designer born in Curitiba, Brazil. I´m currently working with 3D at Platinum FMD Studio. I started my career with photo retouching and over the years I´m focusing on 3D.

Is there a certain model, or image you’ve created that stands out as a favourite? If so, can you tell us what it is and the process on how you made it?

It is difficult to choose a favorite image, but I think the mosquito to Repeloff is the one I like best. It was a job as a freelancer, where the agency gave me only the idea of the image. I had to create the rocket, the mosquito and the integration of character with background.

I started studying as the mosquito would be in Zbrush, it's anatomy, position, expression (this was the most difficult to determine), then I moved forward to study the angle of the camera and how the elements of the scene would behave in the final composition. After that I took the model to Mari, already with opened UV, then painted the face and his body using photographic textures, also used photoshop to give some more details in the textures. With diffuse map ready, I created the other maps (displacement, normal, specular).

The rope was made in Cinema 4D by Repper X plugin and then I added the fur in Modo. After setting the Lighting of the scene, I rendered it in several passes. In photoshop, I joined all the rendering of passes, and then composited all the elements separately. Added the fire on the rocket and some textures to enhance the scene. With the scene ready, I used the Z-depth pass to give gradual blurring the scene, leaving the mosquito in greater evidence.

You also do advertising, illustration, retouching and packaging. Are these some of the things you would like to do more of? Why or why not?

What I like to do are the personal works, which I don´t have a deadline to do and I free choice in creation.
I'm currently enjoying to model characters, because they are easier to convey some feeling and after ready wonder more about them (as where they are psychologically, where they live) 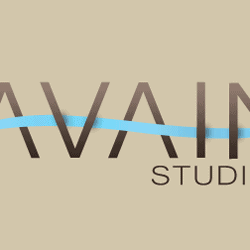 How to Create a Vintage Postcard in Photoshop

Amazing Surreal Shark Photoshop Tutorial You Have to Try